As mentioned by Skaneateles Lake Association (SLA) President, Dr. Paul Torrisi, “The consequences of aquatic invasive species being introduced to a waterbody include disrupted lake ecology and diminished water quality. Regional economies can experience significant setbacks from adverse impacts on tourism and quality of life.” Torrisi continued, “Drinking water can ultimately be severely compromised by recurrent Harmful Algal Blooms. For example, zebra and quagga mussels, introduced over the past 30 years to Skaneateles Lake by recreational boats, are being increasingly implicated as major players in the HAB crisis.”

In response to AIS entering Skaneateles Lake, in 2007 the SLA initiated the Eurasian waterMilfoil Control Project. The project is currently in its 13th season of operation, and is helping to keep milfoil from growing at an uncontrolled rate out competing native plants and becoming a potential nutrient source for harmful algal blooms. The SLA and it supporting membership has spent over $2,000,000 to operate the program since its inception.

It was quickly learned that once “difficult to control” invasives, such as milfoil and both zebra and quagga mussels, enter a waterbody they are essentially impossible to eradicate. SLA promotes that prevention is key and the most cost effective way to deal with Invasive Species.

Through efforts to take a responsible and effective approach, the SLA Boat Launch Stewardship Program was created in 2012 and is now in its 8th season of operation and growing annually.

SLA commended Mayor Walsh, Greg Loh, and other leaders at the City of Syracuse including the Common Council who voted to support the expansion of the Boat Stewardship Program in 2019. The $13,500 grant along with required match from the SLA in the same amount, has enabled the SLA to hire even more stewards and cover more boat launches for a longer period of time.

The SLA Boat Launch Stewardship Program was started in 2012 as a pilot program under Dr. Buzz Roberts and quickly grew, becoming a model for other Finger lakes to emulate. The SLA, Skaneateles, and Syracuse community recognized Buzz for volunteering countless hours, days, and weeks expanding and directing the entire program over the years, including the recruitment of stewards, headed up by Marty Minet. She and her staff of trained stewards have been visually inspecting watercraft/trailers and educating boaters as they enter these boat launches  prior to launching their boats. Boaters are asked for permission to visually inspect their rigs, all voluntary, and they are asked a few brief questions such as where they have been last boating, and whether their boats are clean, drained, and dry. Boaters overall have been supportive of the inspection program, but there have been some noteworthy exceptions, some from out of town water bodies infested with many other AISs.

Visual inspection is an important prevention step to take to minimize the risk via recreational watercraft, but this limited inspection alone often fails to detect seeds, small-bodied organisms, and dormant egg stages of many species. When boats arrive not complying with NY state law requiring them to be “clean, drained, and dry” on inspection, then decontamination becomes necessary before being permitted to launch.

Washing the boat hull and external surfaces with high pressure  (2,500 psi) hot water (140 degrees Fahrenheit) for ten seconds and flushing  motors and interior compartments is recommended by the U.S. Federal Aquatic Nuisance Species Task Force (ANSTF). ANSTF does not recommend the use of chemical prophylactics or disinfectants as a primary method for disinfection because of environmental risks, varying levels of effectiveness, and potential equipment damage. Other methods of decontamination such as diluted household bleach, undiluted white vinegar and 1% salt solution can be effective but require application times of 1-24 hours.

According to SLA, going from a voluntary stewardship program such as theirs, to a mandated inspection/decontamination program that exists on Lake George and other lakes to maintain water quality is the logical next step. It is noted by SLA that it will require the leadership of the City of Syracuse along with the cooperation of all the watershed municipalities and stakeholders.

Torrisi offered the following sentiments to the watershed leaders that gathered at Skaneateles Lake, “Let’s hope the spirit of cooperation demonstrated today serves as a springboard for continuing growth and we can all work together to keep this lake pristine for generations to come.” END_OF_DOCUMENT_TOKEN_TO_BE_REPLACED

Back in October the Skaneateles Lake Association, Cornell Cooperative Extension, Town of Skaneateles, and City of Syracuse hosted a Landscaping for Water Quality forum. At this forum, the audience learned how to landscape and garden their properties with water quality in mind. END_OF_DOCUMENT_TOKEN_TO_BE_REPLACED 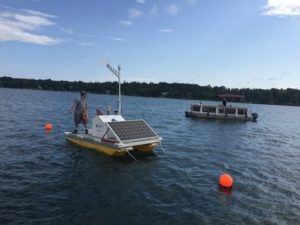 Skaneateles, N.Y. — A robotic buoy bristling with scientific instruments has joined the fight against toxic algae in Skaneateles Lake. 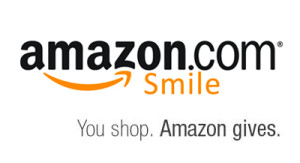 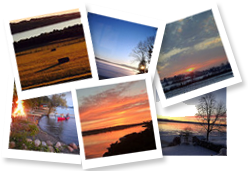